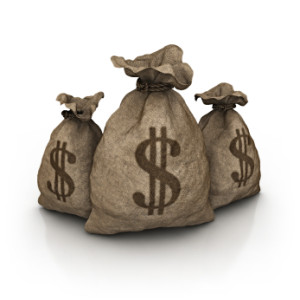 It’s hard to pinpoint the American middle class, but an income $166,000 per year probably isn’t it — except in Manhattan.

The New York Times recently published a piece, “What’s Middle Class in Manhattan?” that’s either fascinating, appalling or just factual, depending on where you live. It explains how, due to the exorbitant cost of living in New York, the city’s residents exist within a social structure unique to the city and eons away from most of the country.

Basically, the traditional markers of a middle-class lifestyle — a solid job (police officer or teacher) and a mortgage — don’t apply in New York. Due to the cost of living in the Big Apple, people in such occupations don’t fall in the middle of the pack income-wise as they would in other cities, and the astronomical cost of housing erases the stigma of renting.

Among the points made by The Times:

To most Manhattanites, the numbers inspire more resignation than shock. For the rest of us, it adds some hard facts to those stories about one-percenters feeling poor or unable to keep up. Of course, they aren’t poor, but it’s quite possible that, living in New York City, they’re unable to keep up with their neighbors. Not that their myopia is necessarily excused — about half of the world’s 1 percent live in the United States.

Above all, The Times article is a conversation piece, so let’s have a conversation: Where do you live? How does your home compare to New York? And if you live in Manhattan, how do you feel about the high cost of living?