Hit by a Disaster? You May Get Tax Relief 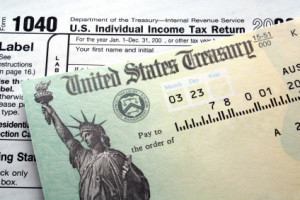 Wildfires in the West, flooding and landslides in Alaska and hard-hitting Superstorm Sandy were just a few of the major natural disasters that hit the United States last year. In all, 112 federal disaster declarations were issued in 2012.

For those living in an area where a federal disaster has been proclaimed, tax relief may be available.

If you have been affected by a federally declared disaster, you have the option of claiming disaster-related casualty losses on your federal income tax return for either this year or last year. Claiming the loss on an original or amended return for last year will get you an earlier refund, but waiting to claim the loss on this year’s return could result in greater tax savings, depending on other income factors.

You may deduct disaster-related personal property losses that are not covered by insurance or other reimbursements; typically the IRS requires that the first $500 in losses be deducted from any claims. Disaster victims claiming their disaster loss on last year’s return are advised to write the Disaster Designation (i.e., “Superstorm Sandy” or “Noble Wildfire”) at the top of their tax forms so the IRS can expedite refund processing.

For some, the most welcome aspect of this tax relief will come in the form of extended tax filing and payment deadlines. The IRS has promised to abate any interest, late-payment or late-filing penalty that would otherwise apply. Affected taxpayers need not contact the IRS; this relief is automatically afforded to all taxpayers located in the disaster area.

Beyond the relief provided to taxpayers in FEMA-designated counties, the IRS works on a case-by-case basis with taxpayers who reside outside disaster areas but whose books, records or tax professionals are located in the areas affected a disaster — specifically Superstorm Sandy. Affected taxpayers from outside the covered disaster area must call the IRS disaster hotline at 1-866-562-5227 to request tax relief.

The IRS is waiving the usual fees for copies of previously filed tax returns for disaster-affected taxpayers. Taxpayers should write the assigned Disaster Designation in red ink at the top of Form 4506 (Request for Copy of Tax Return) or Form 4506-T (Request for Transcript of Tax Return) before submitting it to the IRS.

Additionally, workers assisting with relief and recovery activities in the covered disaster areas who are affiliated with a recognized government or philanthropic organization may be eligible for tax relief.