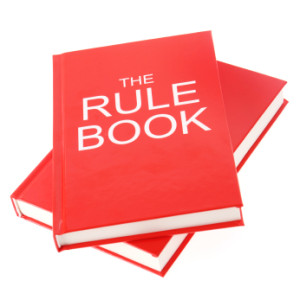 Ask enough condo owners, and you’ll likely hear at least one horror story about their homeowners association (HOA). One of the most extreme examples recently made the news when an HOA president in Evansville, IN directed a homeowner to implant a microchip in her dog.

Though they sometimes may go overboard, HOA rules and regulations are meant to protect home values and the homeowners’ quiet enjoyment of their property. What few buyers consider when embarking on a condo purchase is that, as an owner of a condo, you’re a member of the HOA that governs the condominium complex. You will be subject to the HOA’s rules.

That’s why it’s so important to take a close look at the HOA in advance. While the process varies by market, a buyer’s typical contract with the seller will allow time for disclosure review, which includes due diligence on the HOA.

Many buyers wonder how to do due diligence on the HOA. The answer is to request copies of the HOA documents (meeting minutes, financials, house rules and governing documents). The seller, as a member of the HOA, has access to these documents and should make them available to the buyer.

Here are three things potential condo buyers should do with those documents:

1. Read the past year’s meeting minutes

Above all, read the minutes of the HOA monthly or quarterly board meetings. You can learn a lot about the HOA’s inner workings, such as the politics and how enforceable its rules are. You’ll get a sense of how the HOA works, who’s on the board and how flexible or difficult they are to deal with.

The most obvious red flag is any discussion in the minutes of an upcoming assessment or any major project (painting, roof repair, boiler replacement). These conversations generally happen months or years before the work (and assessment) is enacted. Other potential red flags would be documented conflict between homeowners and board members, such as the case mentioned earlier about the HOA president telling the homeowner to put a microchip in her dog.

2. Review the house rules and regulations

Nearly every HOA has its house rules and regulations. In a suburban subdivision, typical rules would include restrictions on how your home looks from the street (no pink houses on Elm Street). In a condo building, restrictions often cover noise, such as no loud music or noise between 10 p.m. and 8 a.m., or that 85 percent of your hardwood floors must be covered by area rugs in living, dining and bedroom areas.

While there are generally accepted common rules, from time to time more excessive ones stand out that may not sit well with a potential buyer. Some examples include no RVs in the driveway or the required removal of Christmas lights by Jan. 15. A buyer’s response to such rules is subjective. But it’s better to know the type of HOA you’re buying into before you sign the final paperwork.

Be on the lookout for HOAs that can barely cover their monthly expenses. Since the housing crisis began, many HOAs have been forced to foreclose on homeowners who are behind on their HOA dues. If you have a third of homeowners not paying, that affects everyone, as the money needs to be made up somewhere.

Another red flag is the lack of a reserve fund. If the HOA only has $5,000 in reserves, and there’s mention in the meeting minutes of a major sidewalk replacement, you should assume that funding for the project will come from a one-time “special assessment” levied on the homeowners. Don’t want to be stuck with a $10,000 mandatory assessment six months after you move in? You may want to reconsider this property.

If you live in an HOA community that has some issues, be sure to disclose them upfront. It’s not much different from disclosing the leaky window or recent crime in the home. You don’t want to create a giant red flag for potential buyers, of course. But if they find out about something major after the fact, it could come back to haunt you. Work with your real estate agent and strategize about some of the best ways to make the HOA documents or disclosure information available to buyers during escrow.